What is a Newman Club? 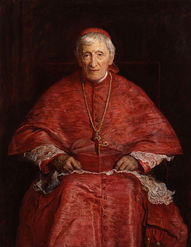 Blessed John Henry Cardinal Newman
The Newman Club at Brock had its foundation in the North American tradition in universities having Newman Clubs. It is important to know the background of these clubs in order to use the name here on the Brock campus. The understanding of the club's foundation is as follows:

John Henry Newman was an English priest and patrologist who worked at Oxford to revive traditional and catholic Christianity in the Church of England. Eventually his studies in theology and history led him to be received into the Catholic Church in 1845. However at this point in history, his conversion meant leaving Oxford forever, as only Anglicans could attend.

After the laws changed, groups of Catholic-minded students began meeting in 'Newman Clubs' to discuss everything from theology to philosophy and Church issues. Across the United States and Canada, Newman Clubs sprung up as associations of Catholic students, and our club is a part of that long tradition stretching back to that incredible figure in the history of the Church: Blessed John Henry Cardinal Newman.

Our Transition to BCSA

Last year, the BCSA had decided to transition from a "Catholic Newman Club" to a "Catholic Students' Association." We believe that our vision, attained through prayer, the Sacraments and service, is now more evident and thus, will allow us to better outreach to those of Brock's community.

Basis of the Club 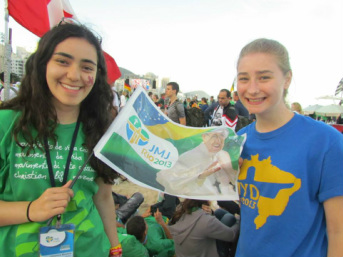 World Youth Day, Brazil, 2013
Our club serves as a community open to questions so as to gain insights, and learn alongside others interested in the Roman Catholic Faith. As our intention is to build a community that is open to questioning and insight, we offer many different ministries in which students can get involved.

No matter where you are on your faith journey, the BSCA can help you cultivate, deepen and live the true beauty of the Catholic Faith.We are emboldened by the words of our Holy Father,

“I ask you, instead, to be revolutionaries, to swim against the tide; yes, I am asking you to rebel against this culture...” (Pope Francis, WYD)

With enthusiasm we will respond to this challenge by helping students enrich their faith through active participation in the Sacraments, programs of faith formation, apostolic activities and fellowship.